Great Question!  With an ever-changing answer 🙂  I just got an email with the most up to date information as of today (1/5/11).  With multiple flights going into and out of Christchurch and field camps, it is hard to keep up with the exact population and demographic information.  But the ratios tend to stay about the same.  There are more support people down here than scientists!

McMurdo Population: 995 people  (the max we had on station was approximately 1200 people)

Field Camps:  278 people (In 29 different field camps, including large camps WAIS, Byrd and CTAM).  As you can see, there is a much large population of scientists in the field compared to the support staff. 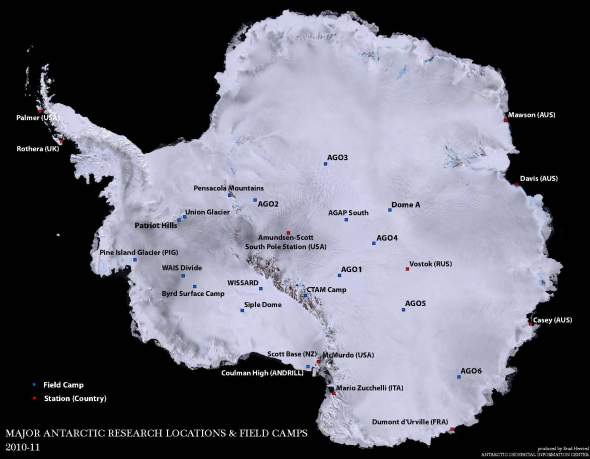